According to the Wikipedia and the records provided on the Hutt website it started as a squabble over local wheat quotas and is today a state of several decades longevity.

The Principality of Hutt River is located within the nation of Australia and maintains a websitewith information on their history and operations.

As you read through the site one is struck by the charming hospitality conveyed.

There is no mention of Alex having any continuing relationship with the Principality of Hutt, which includes a Foreign Affairs division and a list of diplomats and offices authorized by the government of their Sovereign, H.R.H. Prince Leonard, Sovereign of the Principality of Hutt River and all its Territories, Protector of the Legends of the Nunda People.

Alex's certificate was signed by His Royal Highness, Prince Leonard, Defender of the Faith on  17 August, 1987.  Alex is not listed on the page dedicated to diplomats and offices, though three individuals are named, reproduced below.

Of course, in 1987 Alex was recently out of the slammer and still traveling with no apparent set location, making an appointment as a, "Ambassador at Large," very appropriate, especially considering his propensities.

Therefore, we are contacting, as requested on the site, the Office of the Minister of Electronic Communications for verification of authenticity, and ask about the Principalities relationship with Alex, who seems to have misrepresented his title at the time the certificate was presented. 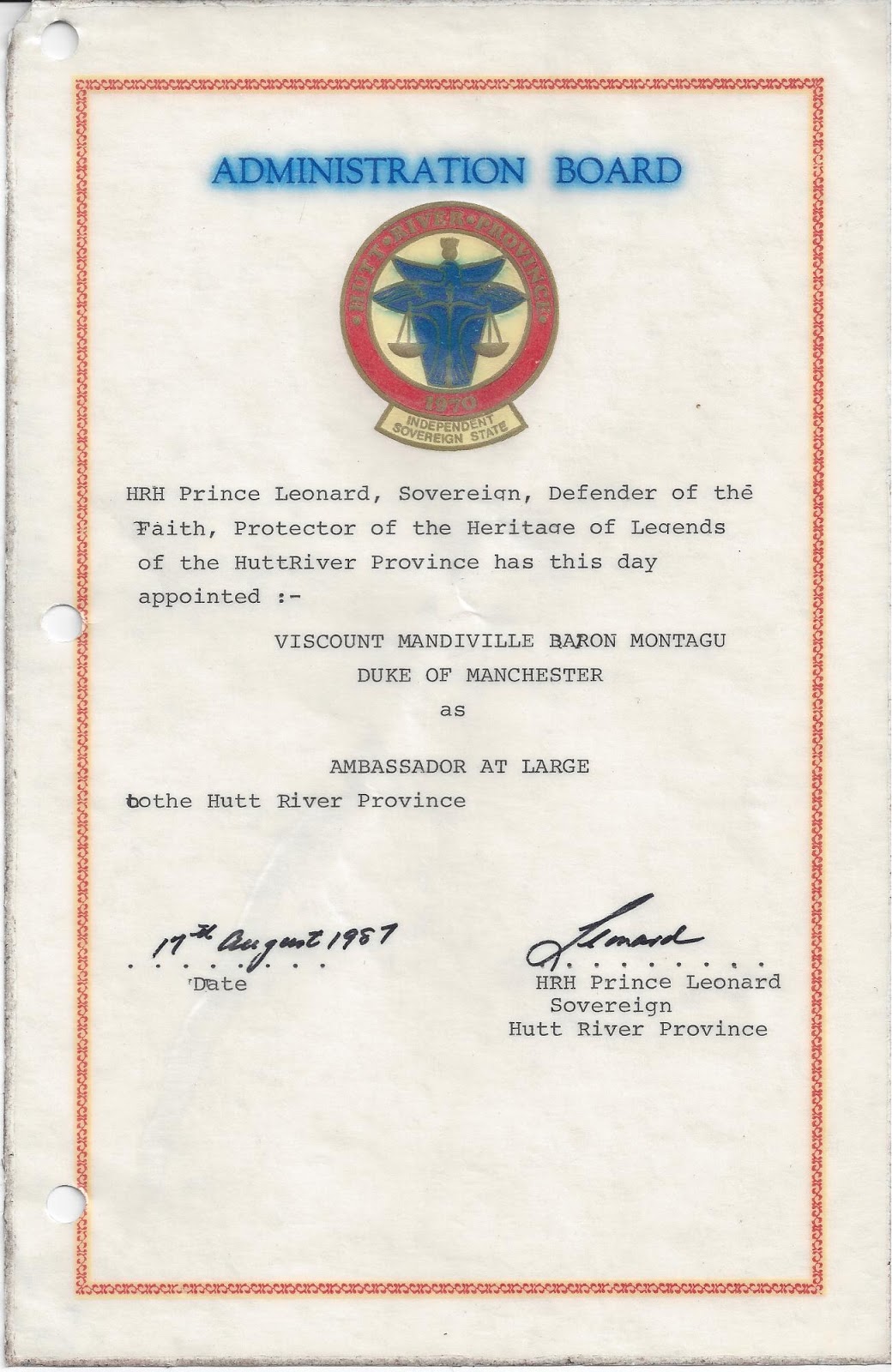 It seems somewhat irregular to claim the title so far in advance.

Posted by Melinda Pillsbury-Foster at 10:10 AM

Email ThisBlogThis!Share to Twitter
Posted by Melinda Pillsbury-Foster at 9:38 AM