by Murray Thompson
This article was published in the  Australasian Post May 11, 1991. When this was originally posted, provided by a journalist from the UK, the entire text was unavailable.
Because of the startling candor shown by Lord Alex, the reader gets a fr closer glimpse into who his mind works.
This places Montagu in court slightly before he is known to have been, again, arrested for violating immigration law, in Canada, article there appearing on September 21st of the same year.
Naughty Viscount 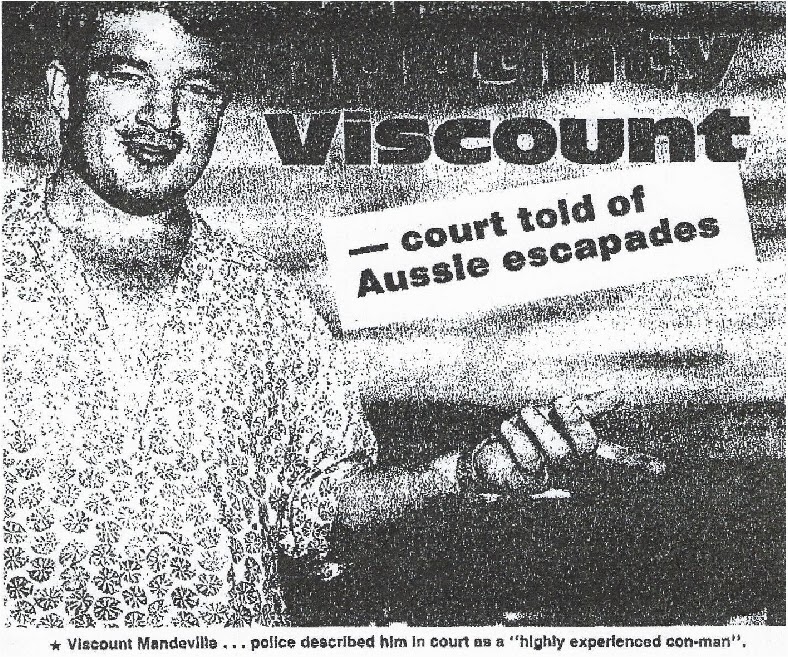 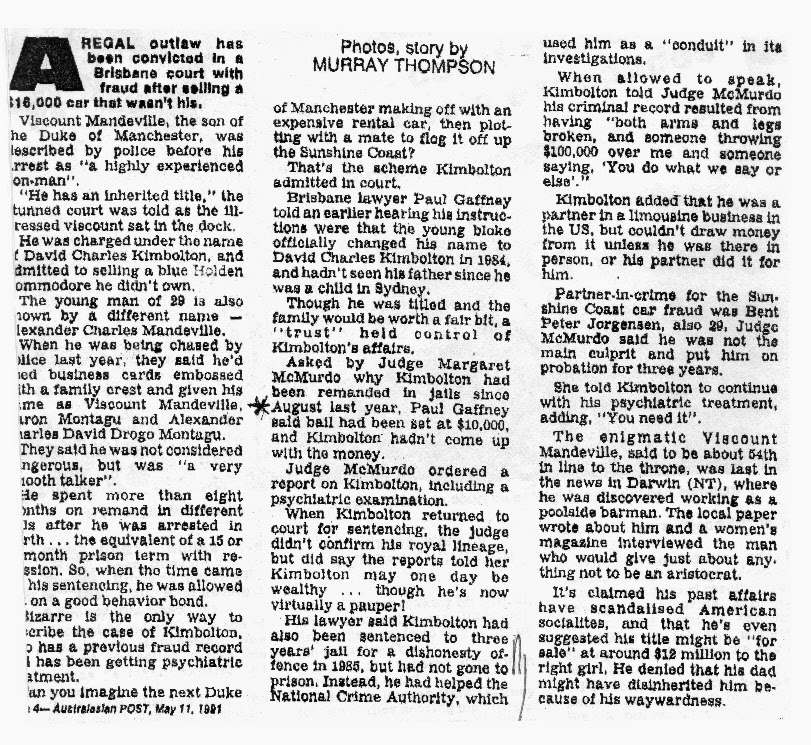 Posted by Melinda Pillsbury-Foster at 2:22 PM

Email ThisBlogThis!Share to TwitterShare to FacebookShare to Pinterest
Posted by Melinda Pillsbury-Foster at 10:37 AM